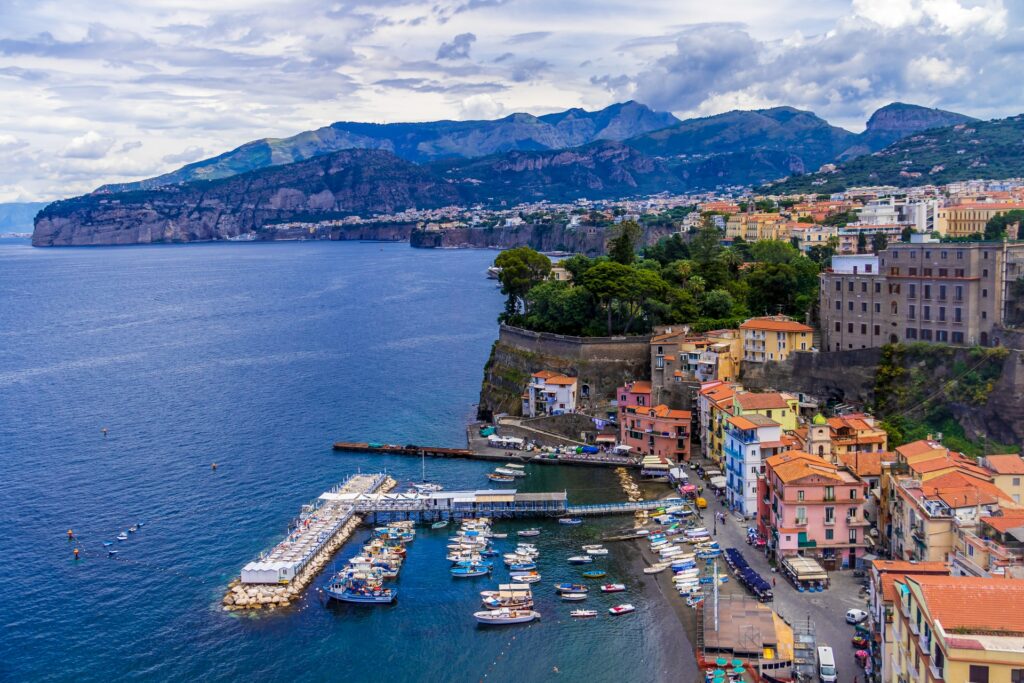 Feasibility study of the connection between the Sorrento railway station and the village of Sant’Agata sui due Golfi. In order to ensure full urban integration and minimize the visual impact of the work within the urban fabric of Sorrento, the urban section was designed underground. The solution was made possible thanks to the hybrid rope-self-propelled system, which guarantees minimal oscillations in the rail section and is therefore compatible with tunnel segments. 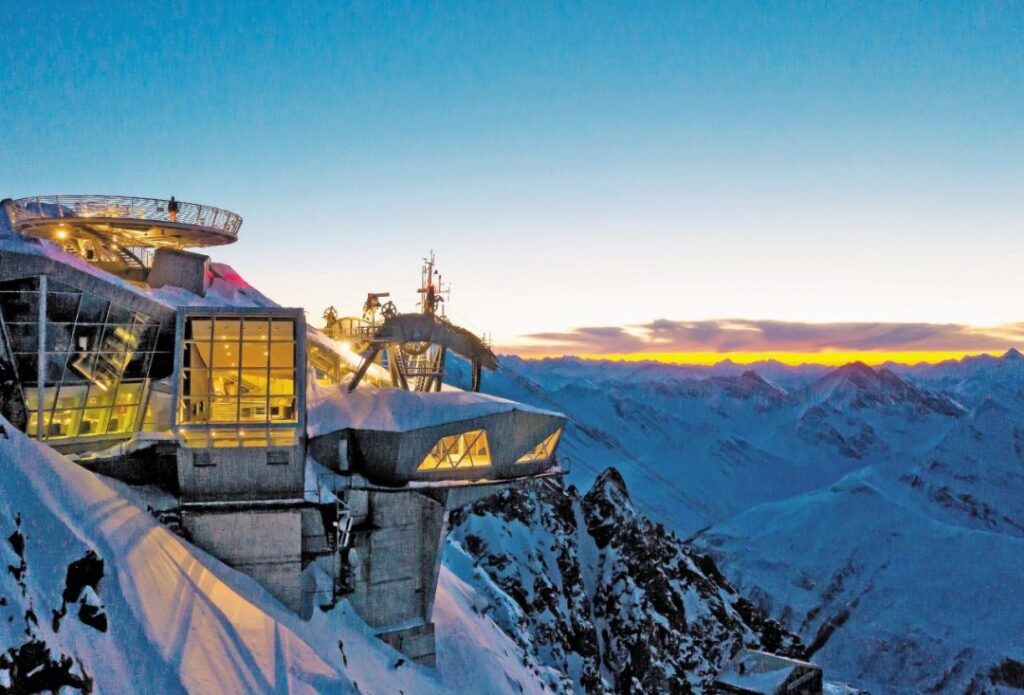 Defined as the “eighth Wonder of the World”, SkyWay Monte Bianco was designed by Dimensione Ingenierie, which also took care of the construction supervision. The cable car system consists of two segments: Pontal d’Entreves- Pavillon and Pavillon- Punta Herbronner, where, on the iconic Terrazza dei Ghiacciai, it is possible to enjoy a spectacular view that embraces all the Western Alps. 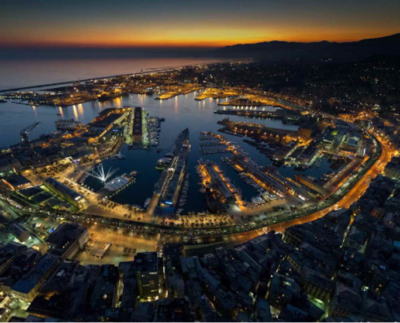 Connection via hybrid cable-self-propelled system between the port of Genoa and Forte Begato, with an intermediate station. The first section presents the challenging characteristics of an urban segment, and involves the overflight of buildings of considerable height within the Lagaccio district and the installation of line supports with a height greater than 83m; while the second section has characteristics similar to the route of a traditional mountain cableway. 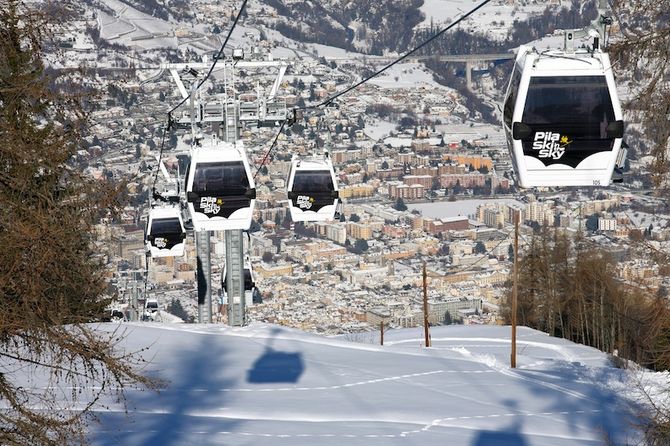 Cable car that connects the city of Aosta to the Pila ski area, with two intermediate stations in Les Fleurs and in Plan Praz. The plant, in addition to a castle function, also takes on the role of Local Public Transport. 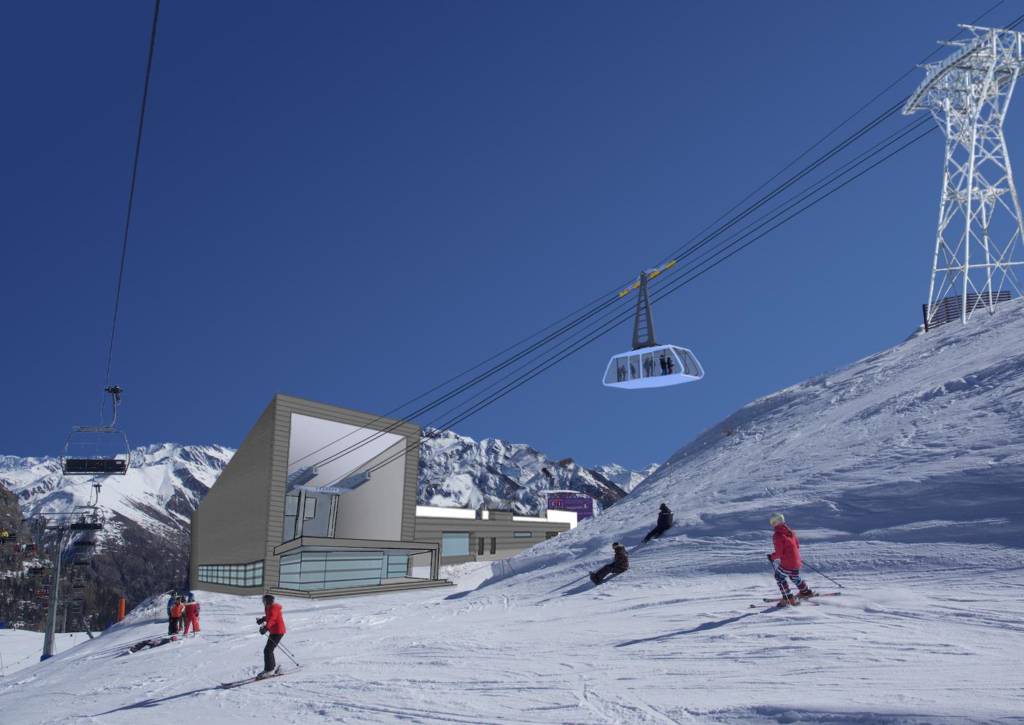 Final project for the replacement of the current Youla and Arp cable cars in the Courmayeur Mont Blanc area with a “to and fro” cableway system that connects Col Checrouit to the Arp Crest. 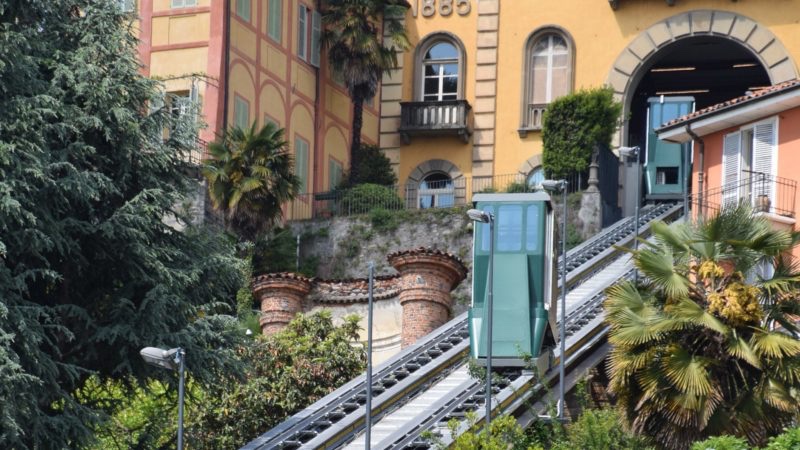 Inclined lift that connects the upper and lower parts of the city of Biella, joining the districts of Piano and Piazzo, which replaces the pre-existing nineteenth-century funicular. 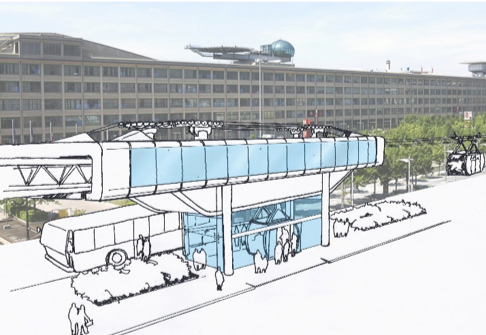 CableSmart is the system conceived, patented and designed by Dimensione Ingenierie with the aim of overcoming the limits that have so far prevented the development of traditional cableway systems in urban areas, such as the difficulty of integration and the constraint of defining straight paths. CableSmart is a hybrid cableway derivation system that alternates segments in which motion is transferred to vehicles by clamping on a rope, similar to a traditional cable car, and segments in which motion is given to vehicles via motor wheels mounted in their upper part, not unlike a suspended monorail. 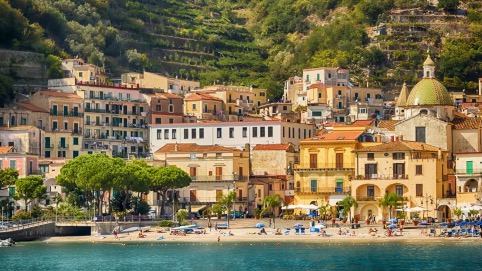 Feasibility study of connection between Angri and Maiori through a hybrid rope-self-propelled system, which, by joining the two Campania villages, allows the connection between two tourist areas among the most famous and valuable in the world: the plain of Pompeii and the Amalfi Coast. The length of the track, 14 km, represents a challenge that Dimensione Ingenierie has faced by proposing vehicles equipped with on-board electrification that guarantee climatic comfort and video surveillance for passengers. 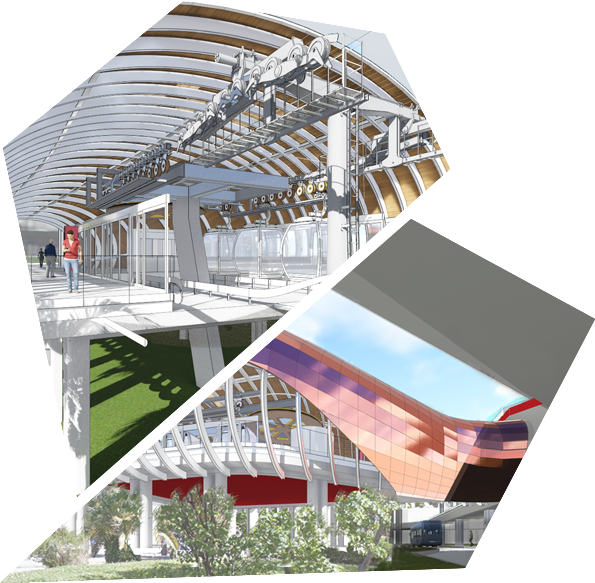 Design of the new Erzelli/Airport railway station of the Genoa-Ventimiglia line, and connection by means of a hybrid cable-car RopeTaxi system for the connection between the railway station and the airport passenger terminal. The complete stop of vehicles at the station, made technically possible by the innovative RopeTaxi system, guarantees full use of the system and comfortable boarding and disembarking even by passengers with luggage or strollers. 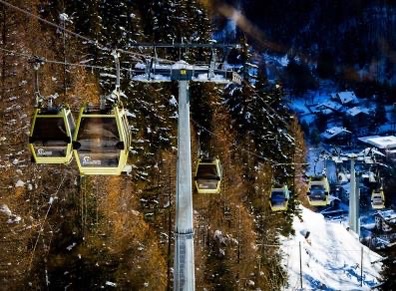 Newly built cable car that connects the hamlet of Dolonne to Plan Checrouit, used both as a recirculation system for the Dolonne slope and as a sheltering system towards the skiable domain of Courmayeur Mont Blanc.